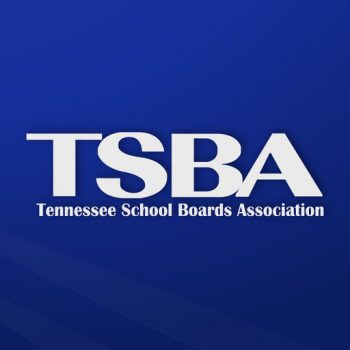 School Board Recognized by State Organization The Clarksville-Montgomery County School Board was recognized by the Tennessee School Boards Association as a “Board of Distinction,” one of 32 in the state.

To qualify as a Board of Distinction, a school board must meet specified requirements in four key areas: planning, policy, promotion and board development. The Board was recognized at the TSBA Fall District meeting in Springfield last week. She earned her M.A. in educational leadership from Austin Peay State University, where she also earned a B.S. in English. She has eight years of educational experience and has completed the CMCSS Leadership Series, as well as the Aspiring Administrators Academy and the Advanced Leadership Academy. She earned her master’s degree in Administration and Supervision from Austin Peay State University, and a B.S. in elementary education at the University of North Carolina at Wilmington. Brandi B. Blackley has been selected as the new High School Curriculum Director for the Clarksville-Montgomery County School System. She currently serves as an assistant principal at Northwest High School and is the administrator of the Heath Science Academy.

Blackley has previous administrative experience at Covington High School and Brighton Middle School, as well as in Georgia, Alabama, and Mississippi. She has a strong background in curriculum and learning standards leadership, as well as in leading professional development. She also has taught middle and high school English.

She holds a master’s degree in educational leadership from Trevecca Nazarene University, a B.A. in English from Delta State University in Cleveland, Miss. Lauren Richmond, who has served as the CMCSS Coordinated School Health Supervisor for the last four years, has been named to the new position of Safety and Health Coordinator. This grant-funded position will be responsible primarily for the management of the Safe Schools Act Grant and the $1.7 million budget; one of the master users of the security operations center; and, the proficiency of district camera system, to include camera storage optimization.

Also, in order to implement the new state law addressing threat assessment teams in schools, this position will be responsible for the implementation and management of the threat assessment teams that will develop comprehensive intervention-based approaches to prevent violence, manage reports of potential threats, and create a system that fosters a safe, supportive, and effective school environment. This position will also serve in roles within all Safety and Health Department programs, to include leading special projects and serve as back up to the Safety and Health Director.

She holds a bachelor’s degree in business administration from Austin Peay, with additional CMCSS experience as an On the Job injury specialist and in the CMCSS Technology Department. She earned her master’s in educational leadership from Trevecca Nazarene University and a M.A. in education from Cumberland University. She holds a B.S. in interdisciplinary studies from Austin Peay State University. She was named a statewide finalist for principal of the year this week by the State Department of Education. She represents the Mid Cumberland region of Middle Tennessee. Dr. LeJoia VanHook has been selected as assistant principal for Kenwood High School, where she has served as an academic coach. Prior experience includes being an instructional coach with Teach for America and a teacher at Una Elementary in Nashville. She has six years of educational experience.

Dr. VanHook earned her doctorate of education in organizational leadership from Argosy University, and her administrative license endorsement from Lipscomb University. She has a master of arts in training and development from Roosevelt University in Chicago and a B.A. in psychology and Spanish from Fisk University in Nashville. Dr. Paine has served as director of curriculum and instruction for grades 9-12 since March 2013. Prior CMCSS experience included being an academic coach at Northeast High School, a secondary literacy coach and READ180 coordinator, as well as freshman academy coordinator. Outside of CMCSS, Dr. Paine was an English teacher and literacy coach at Gila Ridge High School in Yuma, Az. and worked as an elementary teacher in Fayetteville, N.C.  She earned her Ed.D. in learning organizations and strategic change from Lipscomb University; her M.Ed. in English education from the University of Georgia; and a B.A. in elementary education from Clemson University. Dr. Bellamy has served as director of elementary schools overseeing 24 schools and 4 lead principals since 2015. He previously oversaw all elementary and secondary supports of special education services for CMCSS as director of special populations. He also has school administrative experience, serving as principal at Kenwood Middle and Hazelwood and assistant principal at West Creek Elementary. He began his educational career teaching at Sango Elementary. He has been with CMCSS for 15 years. He earned his doctorate in educational leadership from Trevecca Nazarene University and is a 2017 graduate of the Tennessee School Boards Association Prospective Superintendents Academy. Mr. Parker has been assistant principal and STEM Academy administrator at Kenwood High School since August 2015. Previously, he was academic coach at Kenwood High, West Creek High, and Northwest High from 2013-2015. He has four years of teaching experience at Kenwood High, beginning his teaching career with CMCSS in 2007. He also has experience teaching at West Creek Middle. He holds a  B.S. in history education from Austin Peay State University, and an  M.Ed. in School Administration from Sam Houston State University. She earned her M.A. in educational leadership from Austin Peay State University and a B.A. in English and allied language arts from Western Kentucky University. She completed the CMCSS Aspiring Administrators Academy in 2016.