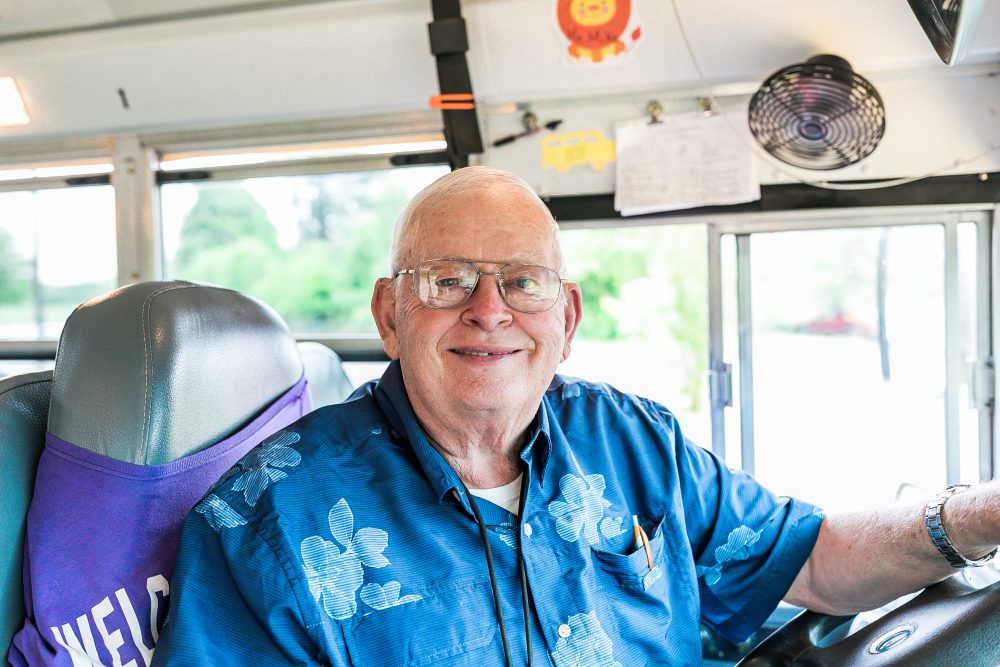 Birthdays are a time of excitement for children. When considering how to make his birthday extra special, a CMCSS kindergartener had one wish at the top of his list. Jace Caudill wanted to celebrate with his bus driver, Mr. Mike.

Mike Ellis, or ‘Mr. Mike’, has been a CMCSS bus driver for 15 years. After retiring from a business career, he turned to bus driving.

“When we were making the list of who he would like to invite, Mr. Mike was the first person on the list,” Amy Caudill, Jace’s mother, recalled. “I said, ‘Your bus driver?’”

Jace often comes home sharing stories of his time spent with Mr. Mike and refers to him as “the kindest man I know.” Amy had met Mr. Mike previously when her son insisted on introducing her during a local cross-country meet. Amy shares her son’s sentiment. “He is just so kind.”

The Caudill’s prepared a birthday invitation for their bus driver. Amy made sure to include a note to say she didn’t expect him to come but that she was simply fulfilling her son’s request.

Mr. Mike was the first person to RSVP for the birthday. “When I got to school and opened up [the invitation], I thought, ‘I’m going to that birthday party,’” said Mr. Ellis.

After checking with his supervisors, making sure it was okay to attend the party, Mr. Ellis reached out to Amy and confirmed.

Once Jace learned Mr. Mike would attend his birthday party, Amy said he could not contain his excitement, “He told everyone.” 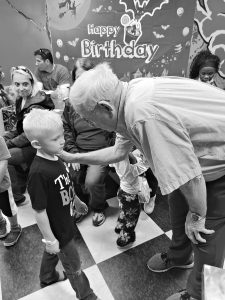 When Mike arrived at Defy, an indoor trampoline park, he instantly became the party’s highlight. “There were several kids that knew him. They were all over the moon excited Mr. Mike was there,” Amy said, laughing. In true Mr. Mike fashion, he made a point to stop and have an individual conversation with each child. “He just made everybody feel special,” she said. “He was so kind to all the children. I know my child will remember this for the rest of his life.”

The friendship between Mr. Mike and Jace began at the beginning of the year. As a Kindergartener, Jace struggled to leave his mom.

“He cried every morning,” Amy admitted. “I was very concerned about Jace riding the school bus, but my job didn’t allow for another option. He is tiny, and I was worried about it. But as soon as I met Mr. Mike, all of those worries left.”

Mr. Mike knew just what to do to ease Jace’s fears. Patiently, he began to give Jace special tasks. “We have to be on our toes all the time. I had a book sitting there and thought, ‘I’ll give it a shot.’” Mr. Ellis handed the book to Jace and asked for his help. “I said, ‘I need someone to hold this very important book for me. Don’t let anyone take it from you.’ It worked,” Mike said. Jace suddenly had a job to do and forgot about his fears.

Mr. Ellis explained he got the idea from a bus driver who was kind to his granddaughter. Nineteen years ago, when his granddaughter was a student at East Montgomery Elementary, she had the same fears about riding the bus. Ms. May Harrison brought his granddaughter a rag doll to care for while riding the bus. “I didn’t have a doll, but I had a book.”
“He (Jace) forgets about being sad because Mr. Mike makes him feel important,” Amy said. “His little acts of kindness help distract Jace from leaving mom.”

Mr. Mike has a way of making all students feel valued. “I have ten kindergarteners this year. They all have different personalities,” he said. “I can’t just sit up and be a bus driver. I have to greet them in their own way.” Whether it’s giving a high five, encouraging them to be “on green” at school that day, or talking about their favorite activities, Mr. Mike recognizes each student and allows them to feel seen and heard.

Amy said even though some mornings are still hard, she knows Mr. Mike will be there to help her son. “My heart is at ease every day knowing that my child is safe,” Amy said.

As the year continues, Amy knows her son will continue to grow and find courage. Especially with his friend Mr. Mike supporting him along the way. “I wish Mr. Mike could be with him all day long. He’s just the sweetest man.”

“There are two things my father taught me,” Mike explained. “One of them is ‘Do unto others as you would have them do unto you.’ Sometimes that’s hard, but you have to try.” 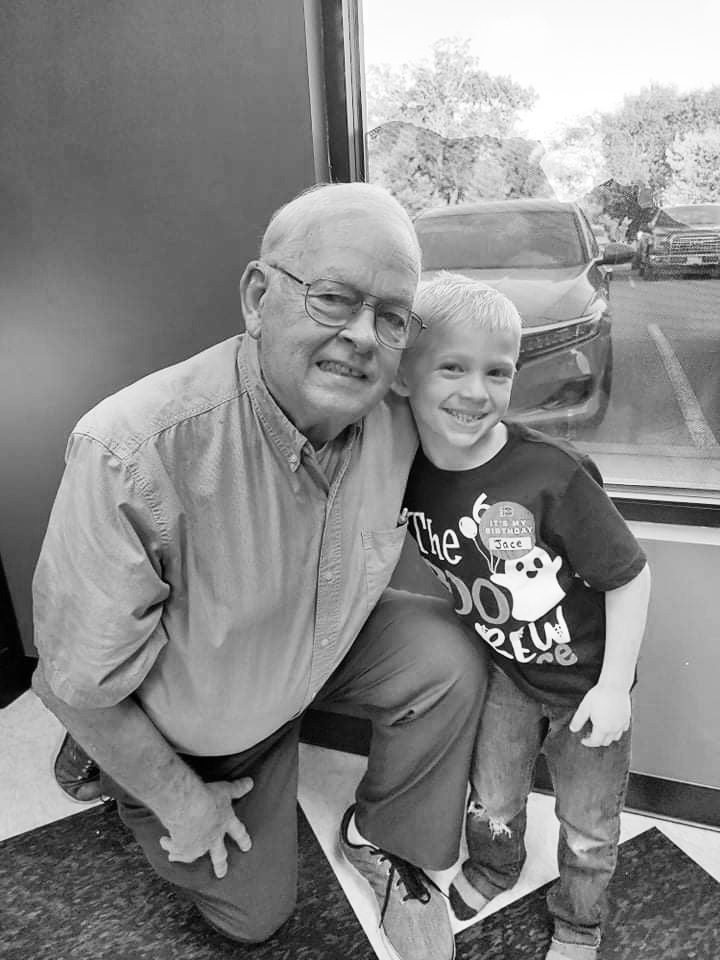