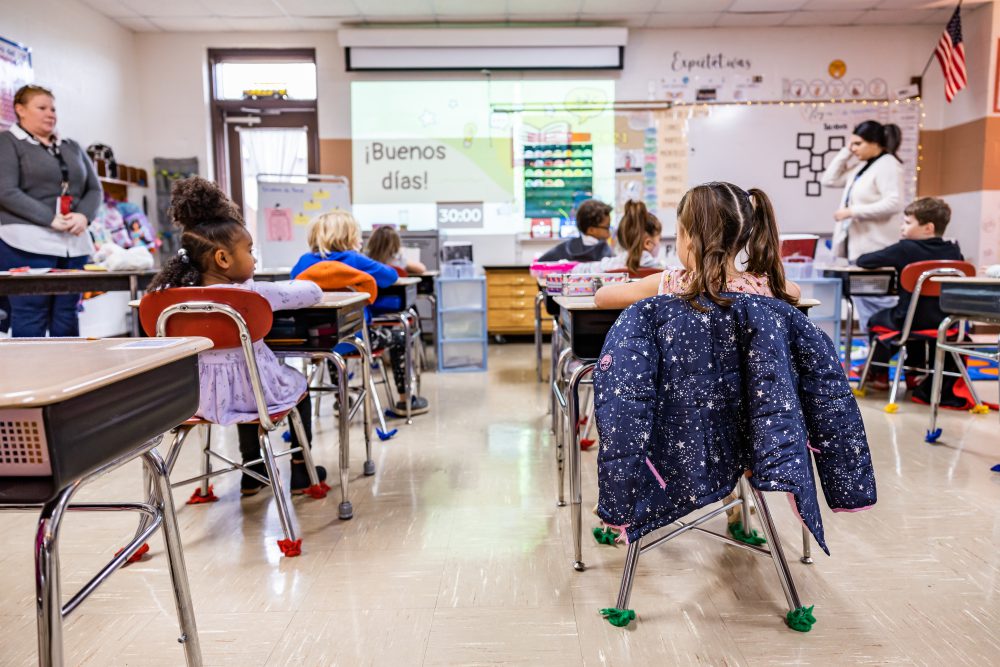 The school day begins traditionally at Barksdale Elementary. Friends hug each other hello as they walk down the hall. Teachers listen as students share stories and funny anecdotes. The classroom comes alive as everyone prepares for the day. Inside the Barksdale Spanish Immersion Program, you see all the typical daily activities, but what you hear is entirely different. As soon as the students cross the threshold of the classroom, they immediately begin speaking near-fluent Spanish.

Ms. Espinosa’s second-grade class is now into their third year of a completely immersive Spanish classroom. Since kindergarten, these students have had all core academic instruction in the target language of Spanish. This authentic communication during the school day allows students to learn a second language in a similar manner in which they learned their first language. 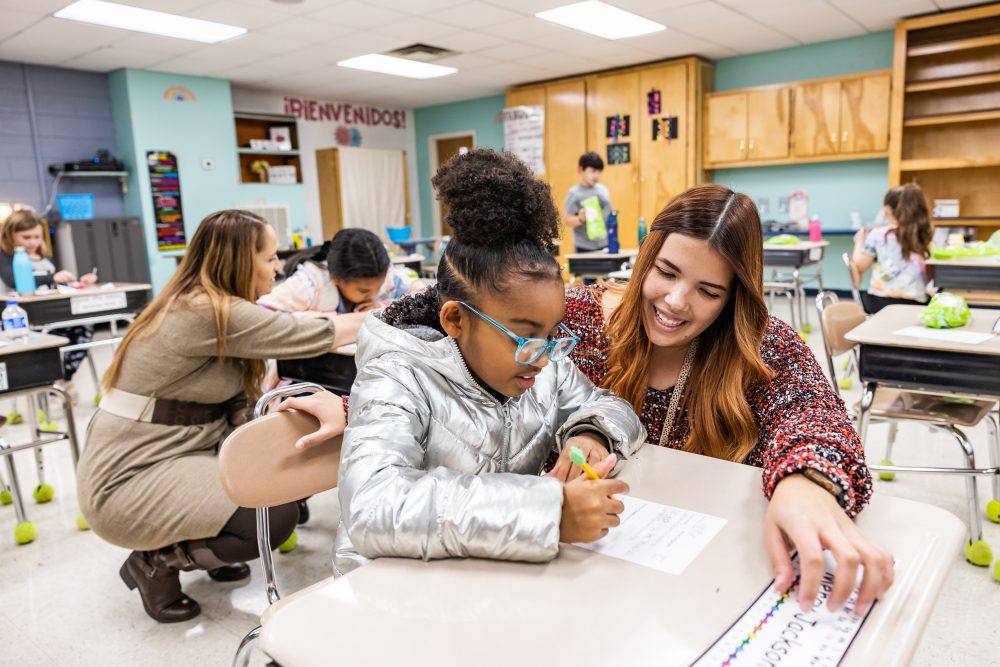 Bianca Velez, an educational assistant inside the class, raves about the students’ abilities. “I was impressed with the students, how well they were speaking Spanish,” she said. Ms. Velez is originally from Puerto Rico and moved to Clarksville when her husband was stationed at Fort Campbell. She is currently going through the Teacher Residency Program to earn her master’s degree and teaching certification.

“I was afraid to start as a teacher from the beginning because of my English,” she admits. While she is bilingual in Spanish and English, studying in English was another matter. “I love the classroom. The studying is another thing,” she explained. Ms. Velez taught in Puerto Rico and has her bachelor’s degree in Special Education. But she completed her first degree in Spanish. She accepts the new challenge willingly. “I’m always making connections. Sometimes it’s hard. If I need to read more than once to understand it in English, then I can do it,” she said confidently.

Her journey provides an empathetic perspective to her students. Both are diving into a second language and learning new academic concepts at the same time. “I can understand how hard it is to study in a language that is not yours,” she said. She gives an example of how a student may try to explain something but be at a loss for the right words. 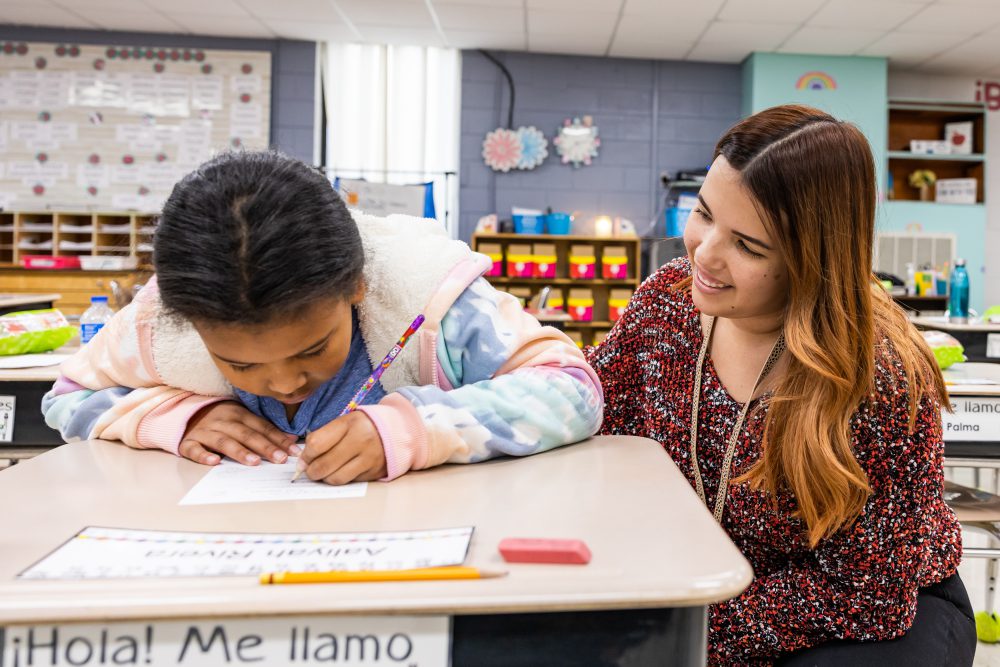 “They need to try their best in Spanish,” she said. The foundation of the immersion program is essential to the process. “I try to be gentle with them and explain through pictures or things they already know.” Visuals, similar examples, and other resources are all used to help the students understand and build their vocabulary.

The goals of the Spanish Immersion Program are to increase academic achievement, cross-cultural intelligence, and high levels of bilingualism. Ms. Velez echos this importance, “Being bilingual has helped me a lot and opened a lot of doors.”

She further explains why she loves learning. “In Puerto Rico, I also took classes in sign language. For me as a teacher, I want to be able to understand all students,” she said.

“It’s satisfying to learn more languages and not need someone else to translate. You can see how much other people light up when you understand them.”