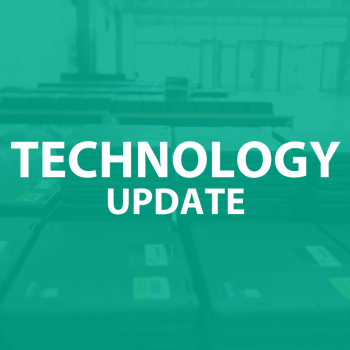 Good afternoon, CMCSS families, This is David Holman, Chief Technology Officer for CMCSS. I want to thank our students, parents, guardians, teachers, and staff for your patience today as the Technology Department worked to resolve the connectivity issues. I want to share what happened today and what we are doing to resolve the situation. This morning, the district experienced latency on the internal network. When an upgrade was implemented to resolve the initial latency issue, it resulted in another unforeseen issue with our VPN service. We have been in contact with the vendor and will be implementing a solution tonight that will alleviate both the latency and the VPN service issues. As the district communicated in October, today was the second of five pre-planned remote learning days to allow our team an opportunity to evaluate and repair any issues that could arise in the event that multiple schools or the entire district needed to transition to remote learning due to the circumstances of the pandemic. While I know how frustrating disruptions to remote learning can be for all those involved, I appreciate you giving us this opportunity to improve. Students who were unable to access assignments and coursework due to connectivity issues should communicate with their teachers. We will give students the same grace we have asked of you as we navigate this unprecedented time.    As a reminder, tomorrow, Tue., Nov. 24 and Wed., Nov. 25 also are pre-planned remote learning days before Thanksgiving break. Students should follow the learning plans provided by their teachers. Please note that elementary and middle school students will not have live instruction the next two days. High school students need to refer to the schedules and/or plans provided by teachers. We will continue to monitor the network closely and work diligently to make any necessary repairs […] 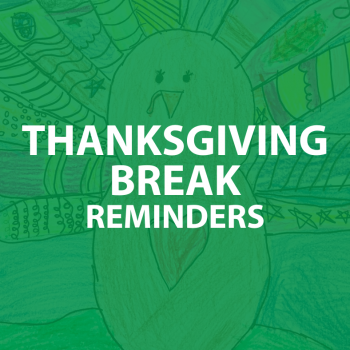 Good evening, CMCSS families, As a reminder, next Monday, November 23 through Wednesday, November 25 are pre-planned, district-wide remote learning days for traditional students. With remote learning, students will not report to the school building as they will access learning via the laptops provided by the district. This week, teachers will communicate with students on how to access lessons. Families who need access to no-cost meals can find information here. Thanksgiving Break will be Thursday, November 26, and Friday, November 27, and classes will resume on Monday, November 30. CMCSS students, faculty, staff, and administrators have worked hard to implement the district’s reopening plan and to keep our school buildings open for those families that chose the traditional option. It is going to take the community working together to minimize the spread of COVID-19 in order to keep our buildings open. Please remember, everyone is expected to self-screen prior to entering school property. In addition, students, faculty, and staff should not enter a school building if they are awaiting a COVID-19 test result or if a household member is awaiting a COVID-19 test result unless the household member is being tested routinely for work or surgeries. If you have questions, please review the Back to School/Work Flowchart. Regarding fan attendance at athletic events, CMCSS is following guidance from TSSAA. All CMCSS facilities have limited seating capacities for all sporting events. Masks are required for all spectators. Families are allowed to sit together, but spectators must remain physically distant whenever possible from all other spectators. CMCSS has the authority to enforce health and safety guidelines for spectators and the right to remove spectators who do not adhere to the guidelines. Additionally, school and district leaders have the authority to prohibit spectators if there are concerns. The percent of COVID-19 in the […] 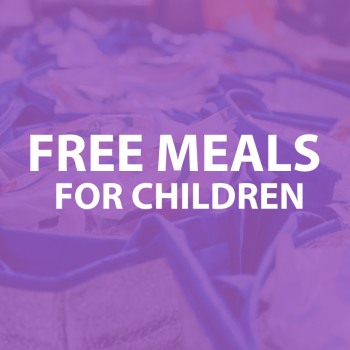 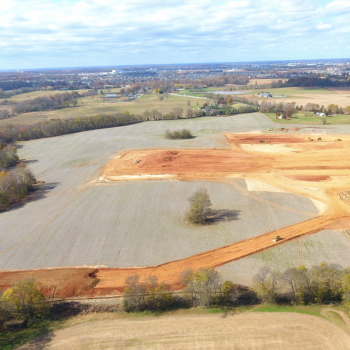 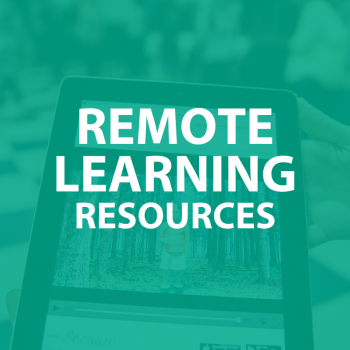 Information for families of traditional students who have moved to a temporary remote learning model. 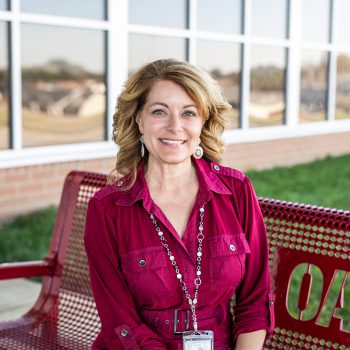 How School Psychologists Expand the Horizon for CMCSS Students School psychologists play a role that most people cannot clearly define. Yet, their work is crucial to creating strategies for intervention and supportive environments for students in need. On a typical day, they provide direct support to students, consult with teachers and families, and collaborate with school mental health professionals.  Recently a group of CMCSS school psychologists reflected on the common misconceptions regarding their profession. Whether it be parents or fellow staff, their role within the school is sometimes confused. “How many times have you been mistaken for a school counselor?” District Lead School Psychologist Dr. Ariane Narain asks her peers, to which they all smile and nod. Another shares a story to which everyone quickly relates as they’re often asked a variation of, “Where’s your couch?” Aside from the assumptions surrounding school psychologists’ role, the true nature of their position is significant. “The day can look very different if you’re in elementary, middle, or high school,” said Dr. Jasmine Scott, who works at Montgomery Central. “People think we just assess students all day,” said Narain. Much of their day is consulting, whether with students, parents, teachers, counselors, or administrators. These consultations are critical to the success of the students. “What we do carries such a heavy weight for special education.” School psychologists determine eligibility for a range of students, including special education and gifted students. Each student’s journey through eligibility and intervention for special services is unique, as is the relationship developed with the family.  The psychologists understand that just the mention of their presence creates a range of emotions for families from the beginning.  “If the parents are new to special education, we’re the first friendly face,” said Lauren Keultjes, a school psychologist at Norman Smith Elementary. Explaining the […] 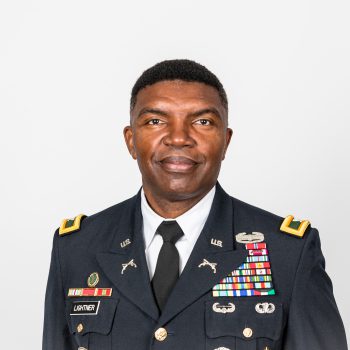 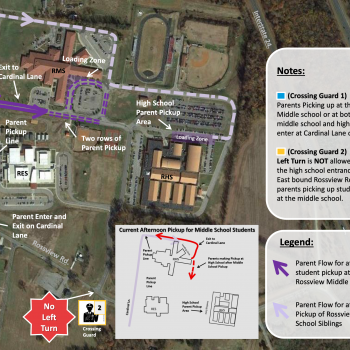 In an effort to alleviate traffic congestion, Rossview Middle School has altered the afternoon pick up location for families. Families picking up at the middle school will enter the complex on Cardinal Lane and turn right to drive past the front of the school. Drivers should be aware there will be two lanes of traffic for the pickup process. Drivers can turn left into the circular lot and pick up their middle school students. Vehicles are encouraged to leave the Rossview complex the same way in which they entered. Those picking up middle and high school students should complete their middle school pickup and turn right on Cardinal Lane to proceed to the back of the middle school. Drivers can then turn left, go past the athletic fields, and proceed to the high school activities entrance. These changes will only impact the afternoon schedule at this time. Morning drop-off will remain the same. To see the map regarding afternoon pick-up please visit our website. 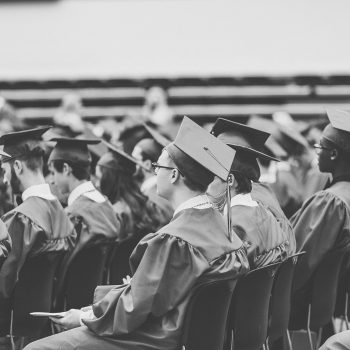 Three Clarksville-Montgomery County High Schools have recently received special designation from the University of Tennessee – Knoxville, granting specific scholarship opportunities to students to access one of Tennessee’s premier public universities. The Flagship Scholarship is offered to admitted freshmen who graduate from a designated Flagship high school. Northeast, West Creek, and Kenwood high schools have all been named as UT-Knoxville Flagship schools. The Flagship Scholarship is a scholarship program provided by Flagship Universities across the 50 states. There are only 38 high schools in Tennessee that qualify for this designation. According to the University of Tennessee – Knoxville, “when combined with other federal, state, and institutional aid, this scholarship covers a student’s tuition and mandatory fees for up to eight (8) semesters.” The scholarship is automatically granted to students who meet all of the criteria, with no additional application required. Students must be a Tennessee resident and U.S. citizen or permanent resident. Students must also be first-time freshmen who enter UT in the fall semester immediately following graduation. The scholarship does specify that an admission application must be submitted by the December 15 deadline and a FAFSA application must be sent by February 1 prior to enrollment. Students who are interested in learning more about this opportunity should contact their school counselor or visit https://onestop.utk.edu/scholarships/tri-star-scholarship-program/for information. 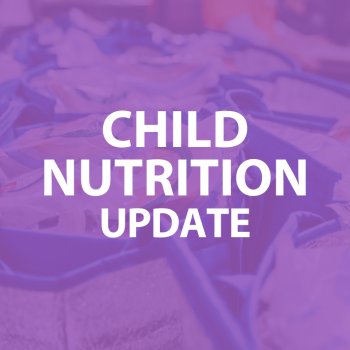